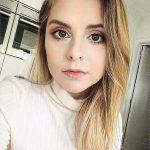 It has been a while since we have last seen each other and I regret to come to you with sad news. After a long thought process, I have decided to step down from my position as Executive Manager. Just like our previous executive manager did when he stepped down, I would like to write a short message to talk about my time in Quidditch Europe.

It’s been a very eventful time, with things thrown at me that I hadn’t anticipated having to deal with. I originally joined Quidditch Europe as an event manager taking on the role of Executive Manager. I had previously been the Assistant Tournament Director of the European Quidditch Cup 2019 D1, and I had seen the process. I was certain I would be able to take charge and lead the 2020 event to success.

Unfortunately, COVID 19 happened and put a rain cloud over those plans.

When I first became executive manager, I never anticipated I would have to deal with these issues. With great help from a lot of people, we dealt with them. Of course, we weren’t able to keep everyone happy, but we still did the best we could. I think that is very important for everyone to remember. We worked day and night during full-time jobs to get the work done. In a way, it’s very stressful but also very rewarding.

It is a lot of work and takes a lot of energy. When I first joined Quidditch Europe, I treated it as a full-time job. I spent all my wake time working on trying to fix European Quidditch Cup while being in university at the same time. Just like Felix, I have decided it is time for me to move my energy somewhere else as my life is evolving now that I have graduated. It is a conscious choice, as my time has become more limited, and I have to make decisions that are good for everyone. I am stepping down so that someone can do better than me and evolve our sport.

However, I had fun. I did great things and met great people. I have learned new things that I could never have learned had I not done this experience.

Soon, we will open applications and a new executive manager will take the role. I have trust that this person will lead Quidditch Europe to greatness.

See you all soon