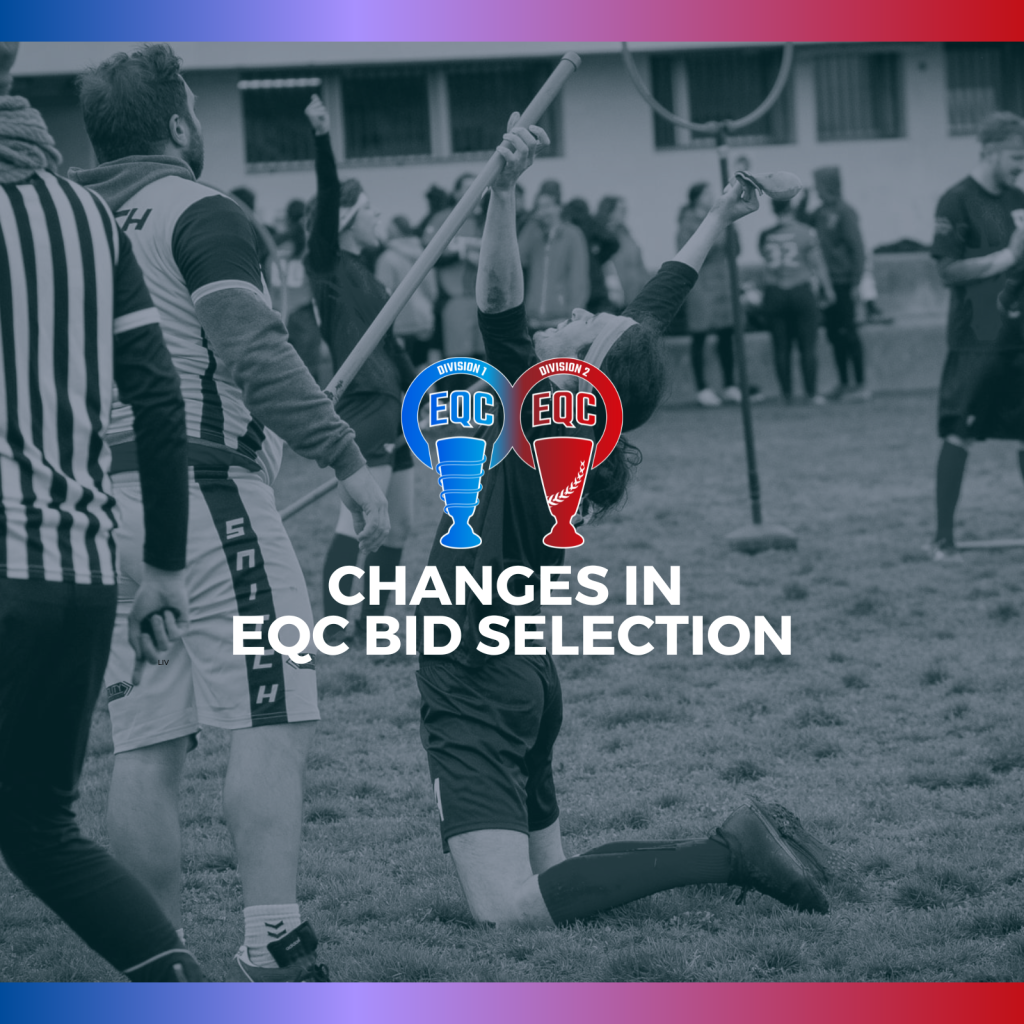 We would like to inform you that we will be using a new application selection system to select finalists and winning bids, starting for EQC2023.

The reason we’re changing the system is because we’ve had mixed feedback from different members of the wider community, as well as some past event partners. This new system has now been in development for about a year, with thought and consideration put into it and various opinions collected.

With the explanations and thoughts below, we hope to provide you with all the important information.

The most significant change is that NGBs will no longer be able to vote directly on the bids. Instead, there will be a committee comprised of board members and a limited amount of NGB representatives that will evaluate the bids and choose the finalist and winning bids.

However, NGBs will still be able to provide input and give feedback and raise concerns. Additionally, NGBs will no longer get to see the full submitted bids, but rather a factual-based bid comparison.

The new selection process will look as follows (in a rough outline):

Depending on the number of bids QE receives, about 5-7 people will be part of the committee.

Members of the Board, if not affiliated with any of the bids, will be part of the Committee as well as a select few NGB representatives.

The criteria for NGBs being eligible to be elected into the Committee are:

No NGB is forced to serve on the Committee! If one does not wish to do so or simply does not feel comfortable enough, they simply don’t have to apply. If we get too few applications and get restricted by this point, we have an exception in place, i.e. if we get too few applications to fill the committee to the desired amount, NGBs that have served in the previous year can now serve again.

The main reason to change the system is to move away from the vote. While we still believe in a transparent process, there are downsides to the system of the NGB vote that need to be considered.

Admittedly, the best-case scenario here is that by being forced into a decision, these people improve over time. However, forcing people should never be the approach here.
By forcing someone, it is likely that people don’t make a choice at all, abstain when voting, or just choose a random one.

We have tried to come up with a new system that addresses these concerns.

The Board also did not want to make the bid selection a pure executive decision by the Board alone.
We believe that NGBs should always be able to voice concerns and be part of the selection process.

We think that this new system has a good compromise of addressing and hopefully solving the concerns and issues of the old system while at the same time keeping NGBs involved in the process.

By having the Committee, of Board Members and NGB representatives, making the decision, we create an in-between solution for the decision-making.

We completely avoid forcing people, as only the ones interested in the process would apply to serve on the Committee.

The aspect of biased votes is also avoided, as NGBs with affiliation to a bid are excluded.

And by rejecting NGBs who have been part of the Committee the year before, we somewhat force a rotation in the Committee, so that every NGB gets their change of serving. This way the same NGBs do not always make the decision.

Another problem with the old system is that the NGBs make the final decision on the bids, with the Board having to figure out a way how to make the event happen at the selected venue. This has led to several very rough EQCs.

With the new system, the Board is part of the final decision. This will hopefully bring these issues to a minimum.

From now on all bids will be also required to have the support of an NGB and we will be more thorough in the execution of this point. This requirement for NGB support is also part of the bidding manual.

We hope by making these changes, this will improve the chances of every nation to be able to host one of our prestigious tournaments and also improve the relations of the bidding party and the Board.